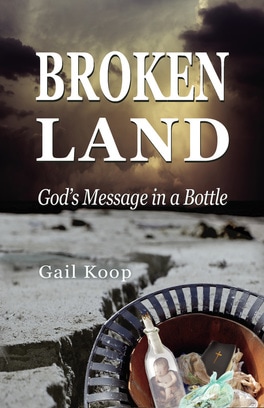 I was on the way to “end my pregnancy.” At least that’s how I thought of it at the time.

As I leaned forward to give the taxi driver the clinic’s address, the safety pin holding my skirt together popped and stuck me in the side. I flinched at the momentary prick, unaware of the visceral pain I was to experience in about an hour. Refastening the pin, I leaned back into the worn leather seat and a button on my blouse gave way. Although just ten weeks pregnant, my body had already begun preparing to nurture the life I was about to snuff out. Except back then, I didn’t think it was a life.

It was 1975, just two years after the Roe vs. Wade decision made abortion legal. The ruling also established that what was inside of me was not a “person,” convincing women in my situation—young, pregnant, unmarried—that a “fetus” or an “embryo” wasn’t a baby. It was just a blob of tissue that could be eradicated by a surgical procedure that would take about twenty minutes and cost about two hundred dollars. But if what was inside of me wasn’t living, why had my body changed so much?

The driver pulled up to the walkway of the brick building. I don’t remember its name, but it was something innocuous like, “Women’s Medical Center.” I paid and tipped the driver, then reached into my purse to make sure the wad of twenty-dollar bills given to me by a friend the day before was easily accessible.

I checked in with the receptionist, who sat behind a glass partition. A clipboard was on the counter in front of her, which she began eyeing to find my name. I spotted it before she did, even though I was reading upside down. I had become adept at viewing things upside down, which is why I didn’t think I was about to do anything wrong. I removed the bills from my purse and slid them through
the small opening in the glass above the counter. Payment was required up front.

A woman in a white smock, who I assumed was a nurse, escorted me into a small, windowless room. It had an armless chair, a stool with a pile of neatly folded gowns, and a steel table with stirrups, just like what you’d find in any gynecologist’s office. She told me to undress from the waist down, put on one of the gowns, and then to sit on the table and wait for the doctor. She said she’d be returning
with him in a few minutes. She left the room and I did what she said. As I sat on the table, the cold steel sent a shivering thought into
my mind: was I doing the right thing? Even though I had been convinced that there was no other choice, when the door opened, the thought echoed. A masked doctor, accompanied by the nurse, now also wearing a mask, wheeled in a machine and positioned it next to my left leg.

The nurse instructed me to lie back and place my feet in the stirrups, which I did. After the doctor plugged in the machine, he stood between my splayed legs and told me what was going to happen. In a very business-like manner, he said that he was going to insert a speculum into my vagina, just like when I’m having a pap smear, and inject something to help numb the area. Then he would insert
a plastic tube, which was attached to the machine, which would enable the procedure. He also told me that once the procedure started I would feel something like menstrual cramps. What he didn’t tell me was that the tube had a knife-like tip that would shred the baby inside of me to pieces, which would be suctioned through the tube into a bottle that would be thrown away.

I heard the click of a switch, then a roaring noise. As the nurse took my hand, I felt the tube snake its way to my womb. And then the siege began. My insides were torn apart, tugged and pulled in every direction as the whir of the machine drowned out my cries. And it didn’t feel like menstrual cramps at all. Those happen when a woman’s body sheds material that has naturally built up during the month to prepare for a pregnancy that didn’t happen. What was occurring here was the dismembering of the child that had attached itself, as it was meant to, to that material. The pain was unlike any I had ever experienced. Then again, I had never had a part of my body removed before.

On the taxi ride back to my apartment, I felt no relief, no gleeful anticipation of my clothes fitting once again. What I did feel was an unexplained sadness over the thick pad and warm flow between my legs. When I got home, I fell onto my platform bed crying, feeling so alone, so remorseful. Even with all the pro-abortion indoctrination and cultural excitement over the newly won Roe vs. Wade
decision, in my heart I knew I had done something very wrong.

But how did I know that? And why? What I had just done was not only legal; it was encouraged, even celebrated. What I didn’t understand then was that just because something is legal, just because it is encouraged or celebrated, doesn’t mean that it is moral. And even though, at twenty-four, I didn’t know the Moral Giver, there was something deep within me that echoed His “yes and no,
right and wrong...” (Romans 2:15). Yet, like footprints washed by the tide, that horrific experience would become a grainy memory. And I would once again find myself on another cold steel table.

Why do we do that? Why do we innately know right from wrong, yet continue to do wrong? And what will happen if we don’t stop?
It took decades of doing the wrong things before I found the answers to those questions. And I’m grateful to be able to share them with you through the pages that follow.
Next Excerpt            ﻿Purchase Broken Land﻿