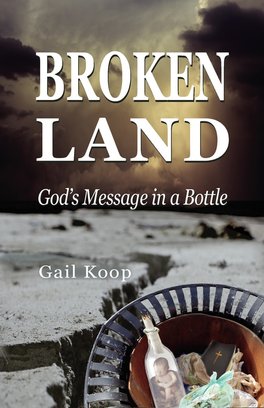 “This is a trustworthy saying, and everyone should accept it: ‘Christ Jesus came into the world to save sinners’—and I am the worst of them all. But God had mercy on me so that Christ Jesus could use me as a prime example of his great patience with even the worst sinners. Then others will realizethat they, too, can believe in him and receive eternal life” (1 Timothy 1: 15-16 NLT).

Picture someone prostrate on the floor. That was my spiritual position as I wrote this book.

In addition to having had two abortions, I’ve used drugs and struggled with alcoholism all of my adult life. I’ve even woken up with strange men in my bed because I was too drunk the night before to care. So moral apostasy is the last thing I ever dreamed I’d write about. But when I was several chapters into a memoir (about how a secular Jewish girl became a born-again Christian), I was abruptly redirected by just that—a dream.

I’m now in my sixties, and I’ve been dreaming all my life. Many people say they don’t remember their dreams, but I always have. They’ve been like movies, clear and entertaining. In fact, there was a rent-poor time in my twenties when I looked forward to going to sleep because I couldn’t afford to go to the movies.

From the time I was a young girl I’ve loved to write, and have kept journals on and off throughout my life. But I didn’t begin journaling my dreams on a regular basis until I became a Christian at 53. Before that, my dreams were wild and crazy, as most are, with the usual scenarios of flying, being chased, or appearing in public nude or scantily clad. But after I had completely surrendered my heart to Jesus Christ, my dreams began to change.

I started to dream about and have visions of Scripture references. I dreamed about things and situations in people’s lives that subsequently happened. And I had dreams that began to reflect the moral decay in our culture. Only I didn’t realize that’s what they were about, until the dream that birthed this book. It was a dream that removed any doubt as to whether God was speaking, a dream that revealed what Jesus meant when He said to His disciples, “Whoever wants to be my disciple must deny themselves and take up their cross and follow me” (Matthew 16:24 TNIV). Because this book, and the message it contains, is my cross.

But before I tell you about that dream, it’s important for you to know what led up to it, as well as a little about me, so that hopefully and prayerfully you will see that it is God’s Spirit, not mine, directing this. What follows is “about me” only in that sense.
Back to Table of Contents                    Purchase Broken Land